extremism is fought by the spread of conscience and knowledge 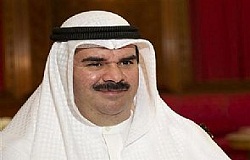 Extremism is a new plague spread in our  Arab world nowadays , Sheikh Fahad Al Salem Al- Ali al Sabah  declared that the only  way to fight against extremism is to spread conscience and knowledge , he asked the  extremists :  don’t  you know that what you have realized will make you lose your place in paradise and your life? Although your gains may be numerous, they are nothing compared to your loss, you will lose your sense of humanism.

He said on twitter: with this behavior, extremists are harming their Islamic faith which calls for peace and forgiveness whenever it is possible; they are ignorant, aggressive, committing several murders to satisfy their own instinct, I pain that we are on the edge of drowning in extremism’s obscurity and no one can save us from this danger.

He added:  extremists use their own violence to defend themselves, they may be right or no, with a fair cause or no .Their intentions may be good or no, but in all cases, they are Arabs, living in the Arab world and believing in Islam. He addressed the extremists by saying:” observe what you have realized with your violent fight, your aggressive behavior that leads to nothing but death, destruction and devastation. You are going over expectations with this extremism in vengeance over people that never harmed you or caused you pain, if you observe what you have committed, you will see the burned body and the limbs scattered everywhere.

He replied: look at what you have done, look at the chopped heads and the destruction that you have caused. By the love of God, where is your conscience, your religion, Your Arabism and your patriotism? We do not build nations by extremism; it is not a way to reveal our humanity