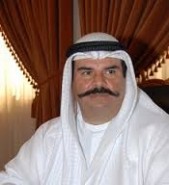 Over one night, the Middle East overturned with the calls of freedom and democracy that burst in the streets in a wide area inhabited with more than two hundred million people. At that time, we said it’s the promised Arab Spring in countries that never had a “former president”.

But suddenly, we began to witness the formation of armed forces equipped with the latest top-notch weapons. These armed groups began to proliferate and multiply. At that time, we said this is the diversity that enriches uprisings and revolutions..

Among all these complicated events, we saw the rise of a strong fierce army, equipped with high-end weapons, professional management, strong leadership and logistics, with a large number of veterans who are well experienced in war. They named themselves the “Islamic state in Iraq and the Levant” (ISIS – Daesh).

This cluster swallowed the majority of the armed groups, turning itself into an organization or a semi-state that now occupies large areas of Syria and Iraq, while its intercontinental influence reaches Africa and Europe, and the entire Muslim world..

This extremist terrorist outbreak was not something new, or a result of weak security or fragile stability. There is no doubt that it is linked to the Western colonial world, and its intelligence, as ISIS was provided with a highly developed media network.

One can safely assume that the USA is highly involved with what is happening in the Arab East, especially after it announced its “creative chaos” theory or the so-called New Middle East, not to forget to mention the infamous “secularization” slogan.

It can be assumed, too, that the purpose of creating and activating the role of religious extremism is to ignite sectarian strife, and revive religious wars in order to weaken the Arab countries and its peoples.

This would guarantee that the Arabs will be preoccupied and very frail to address the Israeli aggression. The aim is to weaken us so we cannot stand against the Western imperialism that began to spread its means and tools in various parts of the Arab countries, starting from military bases and joint treaties of defense with Arab governments, not to forget the naval fleets deployed in seas all over the world. .

ISIS is nothing but a "Muslim" prototype of the religious extremism and sectarian violence that erupted in Europe during the Middle Ages and killed hundreds of thousands of rationalists.

The West, America, and Zionism are the ones who benefit from extremism on several aspects. They benefit from sabotaging the image of Islam and falsely connecting this religion to terrorism, as well as weakening the Arab and Islamic determination for unity, and hindering their force to support Palestine, lift the injustice on Palestinians, provide their rights and resist the expansionist aggression of Israeli settlements.

One can also notice the change in the US – along with Israel and colonial West - strategy towards ISIS, by restraining its power and planning to conquer it, after it carries out their plan for weakening all the countries surrounding Israel and disassembling them into small failing statelets, fighting until the end of time.

This plan guarantees an open space for USA, Israel and the West, to exhaust the Arab wealth in the arm race that brings nothing but evil and hinders the development of the countries and the progress of its people.