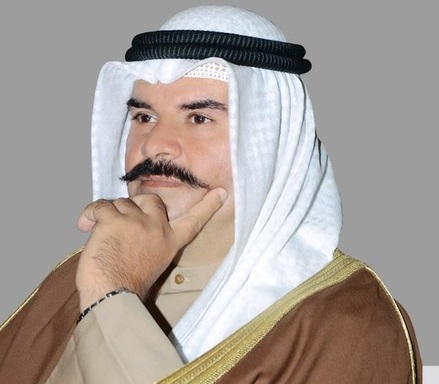 When Bernard Shaw was asked about the distribution of wealth in the world, he said: “the wealth of the world is like the hair on my head, abundant production and poor distribution”. The only thing is that Shaw was clearly bald with a thick beard.

Perhaps this is a good example to discuss the manifestations of the deteriorating conditions in the Arab and Muslim society, where the observer can see these features in the basis of our society structure, characterized by the accumulation of wealth in certain places, and growing misery in other places. This unbalance is the source of a two-sided suffering, satiety and deprivation.

Unfortunately, we could not maintain the stability of our status, and even sadder is that we could not stop further deterioration, while other countries succeeded to enter the twenty-first century and access modern technology and advanced industrial production, and control the American and European markets.

Until this day, we are still consumers and very far from production and superior status in terms of economy. What is worse, we descend into further deterioration with the increased rate of illiteracy, greater levels of corruption, and intensified sectarianism obnoxious, as extremism dominated our society, and terrorism successfully paved its way to our decision-making centers and wealth reservoirs at the expense of freedom, democracy and moderation.

All of these reasons led to the widening gap between our country and the civilized world...

We fall short from development plans, as rentier economy is dominant, eliminating any hope to change or evolve, especially in the light of continuous mobile wars and sedition targeting our communities at heart.

Our destiny is linked to the interests of the major powers, which are only concerned with securing their interests in all means, legitimate or not, probably by investing the worst manifestations of underdevelopment, which people no longer reject or deny, consequently turning deterioration into a lifestyle and devoted reality.

We no more reject the increasing rate of illiteracy in the younger generations, and we no longer give this matter the importance it deserves, nor fight against it stop illiteracy and dissemination the culture of knowledge and civilization.

We couldn’t establish research and study centers to keep up with the modern age and the great evolution witnessed by the new world, thus we were marginalized and left on the sidelines of evolution, without any effort to fight disease, ignorance and misery. This left us tumbling in retardation, extremism and infighting...

We are failures as groups and peoples. We are still are fighting tribes, with no aim but to eliminate one another, instead of joining efforts and holding hands to achieve integration and unity for the good and welfare of our people.