We overcame terrorism twice… and the third 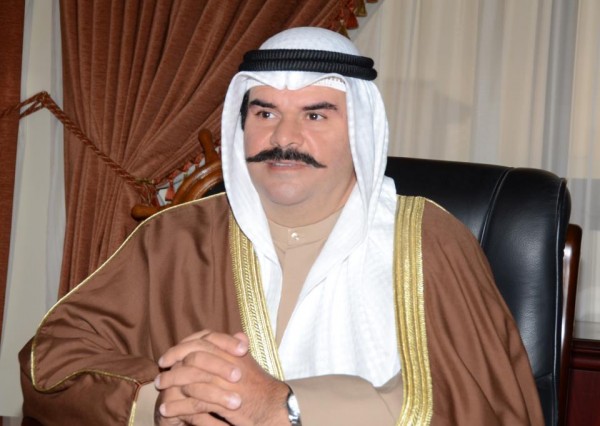 We cannot turn the blind eye and live in peace of mind, ignoring that we are living in a flaming region, plagued with instability and violent extremism.

We are in the wye of the storm, but we are not alone. This whole world is suffering like us, including the great powers. We constantly warned of this danger in our society, both before and after the strike carried out by terrorists.

It is true that we arrested the executors, and we succeeded to overcome the terroristic act, and avoid its reactions, through the wisdom of the Emir and the fast response of national security apparatus, which enabed us to avoid the conspiracy. But does this mean we can rest now, and feel safe, and forget the enemy ambushing us at home and abroad?

Everyone knows that there is an enemy conspiring against Kuwait, waiting for the right moment to attack us and threaten our security, peace and harmony; and perhaps –God forbid - threaten our existence as a whole.

Isn’t it our duty to expose those who do not deserve to live in Kuwait, because their danger is much worse than the risk of the enemy abroad? We should avoid and be prepared to fight and defend our land against the greed and ambitions of this enemy.

Kuwaitis proved they are strong enough to bear the dangerous most virulent crisis, because of their unity and the wisdom of their leadership.

This means we do not suffer any inferiority complex and we are able to defend our society and ourselves and to confront enemies at home but the question arises:

Why are we afraid of facing the truth and admit our vulnerabilities, to prevent our enemies from abusing our weak points to attack us?

It is our duty towards ourselves not to ignore the enemy lurking us, and not to turn the blind eye to the dangers surrounding our country.

We suffered terrorism, and we managed to overcome it twice, as God protected us. We have faith in Allah and we trust our security services, but the most important task is not to find temporary solutions and avoid the repercussions on a momentary basis. We must avoid falling into the problem and thus avoid its risks and consequences.

Kuwaitis used to demand housing and better living conditions, but now they are demanding security in their homeland. Kuwaitis now fear dangerous incidents from the inside, on the hands of the ill-minded who perform their wicked acts in the dark.

Isn’t it time we uncover their hideouts and put an end to their evil? Isn’t it the time to save our brothers and sisters from their malice intentions and corrupted souls?

We are not weak .. We are strong ... We need to act strongly and resort to deeds not words…

In order to preserve our homeland, the government should strike with an iron fist to stop the criminals who threaten our country’s existence. We should serve them the justice they deserve, and execute the verdicts. It is also time to dry their financial sources to prevent them from financing their activities and then spread awareness among the people for non-compliance to the extremists.

Through these steps, the government can take effective measures and remove all doubt among its people to assure it is diligently pursuing the tails of these extremists, renouncing the rumors accusing the government of funding terrorism.

This is how we protect ourselves from the unfortunate scenarios taking place in other countries threatened in its existence and identity, which are now paying the price of neglecting the dangers and protecting those who do not deserve protection.

These countries are not far from us, and it is the right time for us to learn from the experiences of others ...